Fancy a trip to arid but gorgeous Isla del Sol home to Inca ruins, whilst in Bolivia? All you need to know about exploring the island on a day tour, from Copacabana…

Boats depart at 8:30am or 1:30pm from Copacabana, for the one and a half-hour boat ride until you reach Yumani, on the southern end of Isla Del Sol.

If you’re doing the day tour, then you are on the 8:30am boat. Typically, people that overnight on the island take the 1:30pm boat.

You can book a half-day tour, but considering travel time spent on the boat, you won’t see much of the island.

From Yumani, it’s another half-hour to Cha’llapampa on the northern side.

Tip: Before you book a ticket, make sure you know which end of the island you want to stop, then once purchased, check again that your ticket is correct.

Stopping at Cha’llapampa means you hike to Yumani, then need to be at the port by 4pm for the return boat to Copacabana (included in the ticket’s price). Or, if not hiking from north to south, there is a boat that takes you from Cha’llapampa to Yumani at 1pm.

The sheer beauty of Lake Titicaca is absolutely stunning and an experience that you will always treasure.

The majestic soaring Cordillera Real – royal mountain range in the Andes – display a natural incredible backdrop, whilst you glide along shimmering icy crystal waters, at just over 3,800 metres above sea level.

A pleasurable one and a half-hour journey absorbing these memories.

Spanning an area of around 8,372-square kilometres and with a maximum depth of 281 metres (922ft), this is truly a remarkable lake and hard to fathom its location.

The Inca’s believed that their Sun God and the world’s first two Incas were born on this island, hence the name ‘Island of the Sun’.

The island’s legend is that after a huge flood, Lake Titicaca descended into darkness for a long time. Viracocha, the bearded God, emerged from the lake’s depths and travelled to Isla del Sol, commanding the sun to rise once more, whilst creating the Andes’ Adam and Eve – Manco Capac and Mama Ocllo.

The rational explanation is that following the Inca’s invasion and take-over of the island, this legend was created to substantiate the new regime. And, also to align the invaders to the preceding Tiwanaku civilisation – revered for its ideological and religious identity.

The hike from Cha’llapampa to Yumani takes around three hours, so make sure you factor times in with meeting the return boat.

Home to over eighty Inca ruins from around the 15th century AD, archaeological evidence suggest that the island was inhabited during the 3,000 years BC.

Bumping into these ruins along your hike is fascinating, as are the small villages dotted throughout the island in which around eight-hundred indigenous families still live.

Although an authentic island without cars, locals drive a hard bargain and are not sympathetic to tourists – this is how they make their money. The island sees many daily travellers due to its closeness to Copacabana.

As Cha’llapampa is the first stop, walk the rickety wooden pontoon and…

…stroll along the dusty road whilst absorbing the parched and rocky landscape that surrounds you everywhere you tread.

Take in the intriguing local faces etched by time and altitude, adorned with Bowler hats – a trait of Bolivia. I’ve noticed Peruvian hats are much taller and a different shape.

This memorable hike offers spectacular vistas of the lake around the island.

And although you’re at a high altitude offering only very thin air, indulge in this once in a lifetime opportunity – push yourself, and do a hike, it’s definitely worth the views and experience.

Soak in the mesmerising and breathtaking panoramas of the lake…

…from any vantage point on the island, whilst making your way to the southern side and Yumani.

Beautiful Inca archways of stone are dotted along the hike whilst lost to time.

…agricultural terraces are passed, as you traverse the hilly and rocky trails.

After around a three-hour hike – depending on the number of photos taken along the way – you arrive at touristy Yumani.

Starting from the northern side of the island also means that you are spared the climb up of two-hundred-plus Inca steps in Yumani. Instead, you climb down, which I find is always easier – not sure about you?

Hopefully, you won’t be greeted with hordes of tourists at the base of the steps, which descend to the lake’s edge. This is a popular photo spot with tour guides also, which we didn’t hire today.

I don’t think there’s a need for the almost Disney-like and tacky painted statues at the base, and takes away the ambience from the actual steps.

The Fountain of Youth also greets you at the bottom of the steps – aptly named by the foolish Conquistadors.

I passed up the opportunity of eternal life from the fountain for an eternally healthy stomach instead, as still have a long way to travel in South America.

Yumani caters to tourists more so than Cha’llapampa with much more accommodation, restaurants, and shops on offer. If you’re thinking of an overnight on the island, accommodation ranges from a few dollars per night for very basic but clean rooms, to the more expensive digs. I believe you can also camp on the island but haven’t met any travellers yet that have done this – would be freezing.

Is Isla Del Sol worth visiting?

If you’re not time-constricted and have a day spare whilst in Copacabana, then yes, definitely make the effort to visit this island. Putting aside the touristy aspect of the island, you can’t replace these views of Lake Titicaca, so this makes the visit worthwhile.

A short video by bryn1bc, to give you a taste of what to expect on the island and on the hike. 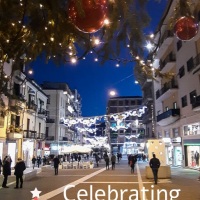 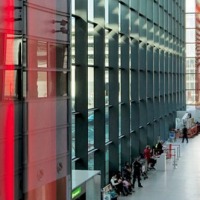