Selling the home-built SV Naiad – 34′ Bruce Roberts Motor Sailor – is a bittersweet and emotional moment, especially after 20 years as our home.

The reason for finally selling Naiad after being liveaboards on her all these years is the realisation that we ‘gonna need a bigger boat’. Especially, if transitioning from coastal cruising to bluewater cruising.

Not finding a suitable Catalina 40′ in Australia forces the search around the world. The global boat market holds a plethora of boats. Decide to concentrate all our efforts on 8 boats in the USA that are mainly around New York.

If you would like to read about the 9.5 years to build Naiad, check out Part 1 and Part 2, also extending Naiad later.

Getting Naiad ready for sale

Of course, before flying to New York to buy another boat in early 2008, Naiad needs to be presentable for selling.

This work involves a new spray job for the hull and cabin, a coat of antifoul paint, and completing other general maintenance jobs.

Naiad lives in Brisbane, so this is where the work is completed to ready her for the market.

Selling a boat is similar to when you sell a house.

You need to make the boat as presentable and appealing as possible to sell. A no brainer really.

Before spraying the cabin, it needs sanding and masking so that the overspray doesn’t get everywhere, and the paint goes only where it’s supposed to go.

Masking up loads of work and takes a couple of days, but worth the time and effort.

Spraying the topsides also involves loads of filling, sanding, and preparation work. This is even before you actually get to the undercoat stage. So sand and prep we do…

Experiencing a few disasters in the past when spraying Polyurethane paints on Naiad, this time we hire a professional in Brisbane to complete this job.

For some unknown reason each time Naiad gets a new spray job, something goes amiss. As soon as the paint is mixed and loaded into the gun, threatening black ominous clouds start looming. This just adds to the stress of achieving a good finish on the boat as the paint is very expensive.

Unlike the time in Townsville (far north Queensland) when we sprayed Naiad, on this occasion we’re lucky.

The final coat is magnificent! I’m exaggerating a little, but don’t you agree it’s pretty Schmick, especially for a steel boat?

Hiring an elderly signwriter instead of buying stick-on letters this time, he does a fabulous and authentic job.

So lucky to find a good signwriter really as sadly, this ancient skill is fast becoming a dying art. Be warned though, it’s not a cheap exercise.

Maintenance and fixing up below decks

Wanting a more traditional look inside, we used a lot of Teak timber for the fit-out when building Naiad.

Wood also floats. So, if Naiad was ever holed in a tragic circumstance, the timber would help to keep the hull submerged and not sink to the bottom of the sea.

All the teak on Naiad is varnished, not oiled. Of course, a light varnish throughout to help spruce up Naiad is needed. This takes time.

Before leaving Australia to fly to the US to buy a bigger boat, we put Naiad on the market with a broker. Also giving the keys to a friend for potential viewings and commissioning, just in case.

Not holding much hope for a sale during the global financial crisis in 2008, we believed that it would take a long time to sell Naiad. Thoughts cross our minds that we’d be a 2-boat family for quite some time.

It’s not much fun entertaining the thought of owning two boats for months and potentially years – especially, after sailing out of Marathon (Florida) in Reality. This means two lots of outgoings, double the time to maintain two boats, and very expensive at double the costs.

Luckily, during the painful drawn-out 3-month ordeal of buying Reality in New York and fitting her out for bluewater sailing, negotiations for selling our beloved baby Naiad started. The selling also takes around 3 months until the money hits our account. So, it’s double-stress with the overlapping of buying one boat and selling another, all from the US.

Five months really isn’t a long time to sell a home-built steel boat in Australia, especially during a depressed market. And, extremely grateful that all the planets aligned for us during this time.

Although selling means closing another stressful chapter, it’s a bittersweet moment saying goodbye to Naiad and from afar, as she’s still in Australia.

A little on Naiad’s new owner

If you’re interested to know a little about Naiad’s new owner, I’m sharing this here as he was also a surprise.

A university student from Brisbane bought Naiad to live on while completing his Law degree. Without any boating or sailing experience at all, he also wants to learn how to sail. Eventually, he would love to explore Australia’s expansive east coastline.

I’m always happy to see a boat going to a good home and still in use, instead of becoming part of a neglected floating caravan park. Or even worse, a forgotten decaying dream, rotting away in a boat graveyard somewhere in an overgrown paddock. I’ve seen this happen too many times and in too many places.

Boats are expensive toys. Especially, if not used frequently or as a home – just left to sit and crumble. Outgoings and maintenance don’t stop. You need to keep on top of both regardless of whether the boat is used or not.

Boats are considered a luxury item in Australia, regardless of whether you build one or import one second-hand.

Importing a new or second-hand boat means that you automatically owe the tax office 10% GST of the purchase price, on landing in Australia. The government needs its chunk of your hard-earned cash. But, don’t get me started on that subject.

With Naiad sold and transactions finalised not long after leaving the US in Reality, we’re free to continue cruising around intriguing Cuba.

The sketchy plan is to sail to Haiti, Dominican Republic, south through the Caribbean Sea, and onto Venezuela… 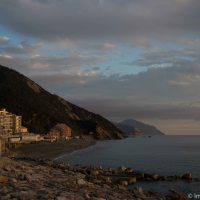 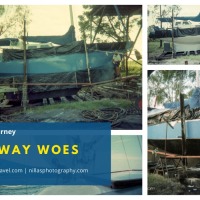 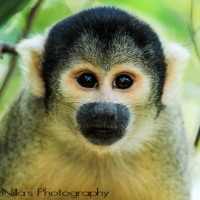