From Parapat on Lake Toba’s edge – Indonesia’s largest natural lake – we head south on a crude public bus to Bukittinggi, in Sumatra’s west.

Travel through Indonesia in 1998 was more demanding than a couple of decades’ later. Information wasn’t available at your fingertips in seconds.

Wanting to avoid any backlash from the deadly racial riots last month, we continue to explore through Sumatra before heading to the island of Java.

Today’s first bus trip is supposed to take around 6 hours, but this is Indonesia and buses stop many times before reaching its destination.

The rustic public bus proves to be a somewhat cheap and basic alternative, to the pricier tourist bus.

The first hour of the trip is lacking in available seats.

Only a tiny stool in the middle of the cramped aisle is available for my 6’4″ husband. Balancing on a bag of rice near the doorway and squashed in among 5 other smiling locals, this is my resting place for the first hour’s ride.

Stifling, hot, nauseating – the bus carries four times the amount of people than it should. Stopping every ten minutes for the usual pick-up or drop-off, hawkers are relentless, especially as we’re the only foreigners on this trip.

Sliced fresh fruit. Pockets of crunchy peanuts. Bundles of tiny paper sachets filled with Nasi Goreng and many more delights are shoved in our faces, followed with: “you buy?”

The mugginess is oppressive. Sweat flows from our faces like a flooded river – it’s suffocating.

Squawking live chickens tied up in hessian sacks are bandied around the isles, as locals nudge each other for a minuscule, spot. Riding the roof of the bus or hanging precariously outside the back, are the norm. This has to be the most arduous bus trip in a long time.

The bus ascends and descends erratically around continuing tight hairpin bends as we climb the sides of the Bukit Barisan (Barisan Mountains) even higher. The driver swings the bus around the precarious, bends as though he’s driving a Ferrari racing car on a straight stretch of road.

This dramatic mountain range runs along the western Sumatran side from north to south, end-to-end of the island. Obscured by densely thick jungle and home to 35 active volcanoes, vistas are breathtaking. Shame we can’t stop long enough to take any photos. The driver is in a hurry.

Lush scenery is abruptly contrasted with fierce jungle burning and the destruction of forests along the dusty road. The landscape opens up to jagged charred and blackened tree stumps left to decompose on the barren hillside – a tragic sight. This razing of the natural jungle isn’t sustainable.

A mother and child sit quietly on the crowded public bus. Her child is covered in untreated Ringworm sores – she doesn’t have money for cream. Pulling out a tube of cream to treat skin ailments, including Scabies, I give this to the mother. Her face lights up like a beacon and smiles with appreciation.

Surveying the vistas through the cracked, dirty window, your mind can’t but help drift away in thought…

Poverty, an observation so far…

The poverty so far is heart-wrenching. It’s difficult wanting to help everyone, especially when you know that you can’t.

How do you teach the importance of hygiene to over 200-million people? Or the dangers of smoking?

The majority of men smoke in Indonesia. Cigarettes are dirt cheap. Even 6-year-old boys draw in smoke from cigarettes like old men – they’ve done this for years.

The piled rubbish sits outside of run-down houses, putrefying. One-metre deep drains run along the front of houses. Filled with grey smelly stagnant water containing fermenting, garbage everything festers and breeds in these drains. Pungent sickening odours exude constantly, in this steaming climate.

There’s nothing like travel to open your eyes and make you appreciate what we have at home, in Australia.

While riding on the scooter around Samosir Island in Lake Toba a couple of days ago, we pass a tiny village along the way. Children play in a doorway while a solemn mother nurses her 6-month-old child. The baby’s head is impossibly swollen with fluid. And, larger than a man’s head. Possibly not long to live, which hits home – we are so lucky.

A bump in the road jolts the present back to my mind, on this continuing uncomfortable bus trip.

A magnificent slow descent to the fishing village backdropped by the expansive sparkling Indian Ocean, greets our ecstatic arrival in Sibolga, finally. Following the 6-hour rough bus ride with bones jolted out-of-place, hawkers from the bus station set upon us selling the usual guest house accommodation.

This city of trade is home to a melting pot of ethnically diverse people – coastal Malay, Minangkabau, Acehnese, Javanese, and of course, Batak.

Sibolga’s bay was once home to a fort, frequented by French, American, British, and Dutch traders. The port moved to Singapore once Sibolga’s fort was surrendered to the Dutch.

As a boat isn’t available for another couple of days for the 84NM (156-kilometre) trip, we decide to bypass the island of Nias, west of Sibolga. Only spend the night in Sibolga so no time for photographs.

Befriended by an extremely helpful local on our arrival at the bus station, we give him the equivalent of AU$8 to buy our bus tickets to Bukittinggi. We don’t expect to see him again.

Surprisingly, he returns shortly with the tickets. Amazed as this is equivalent to almost a month’s wage for some workers. Learning that this local loads and unloads boats for a living, his wages are even less. Taking us to the Pasar Baru – new market – we share a delicious fish dinner for his troubles and give him a tip.

A stifling hot room and a blaring TV downstairs results in a sleepless night, which fades into morning.

It’s time to say Selamat tinggal (goodbye) to Sibolga. Our friend from yesterday is coming to the hotel and taking us to the bus station – shame he feels obligated.

Isn’t is always who you know? And, pleasantly surprised at our bus for the next leg of the journey south.

Once more, we set out on another long bus journey through Sumatra.

The 9-seater bus is luxury compared to yesterday’s rustic crammed public bus. Happy with this as it’s supposed to be over 10 hours to Bukkittinggi.

We’re the only foreigners. The rest of the passengers are wealthy Indonesians.

Windows in the minibus are shut for the whole trip for fear of the 3-year-old passenger catching a cold. Continually pampered and fed throughout the journey, the boy finally throws up everywhere – great!

Promised tourist stops along the way, none are forthcoming. The driver is in a hurry.

Once more, we weave around the hills of this gorgeous island. West Sumatra is more lusher and greener than the north. Women seem to work the rice fields while men are indoors playing chess and drinking tea.

We pass an old lady walking along the side of the road – bent over like a table-top, from the decades of working the rice fields.

Fantastic, exotic panoramas glide past just like scenes from a cinematic movie.

The further south we travel, the more noticeable is that Chinese Indonesians run most businesses. Indonesians work for the Chinese, especially in restaurants, shops, and hospitality.

I remember reading that the Chinese Indonesians were targeted during the deadly racial riots of last month, which left 1,000 people dead and an unstable country. Hoping that these tensions don’t flare up again…

Exploring Bukittinggi for a couple of days, so check back next week for more intrepid travel through Indonesia. 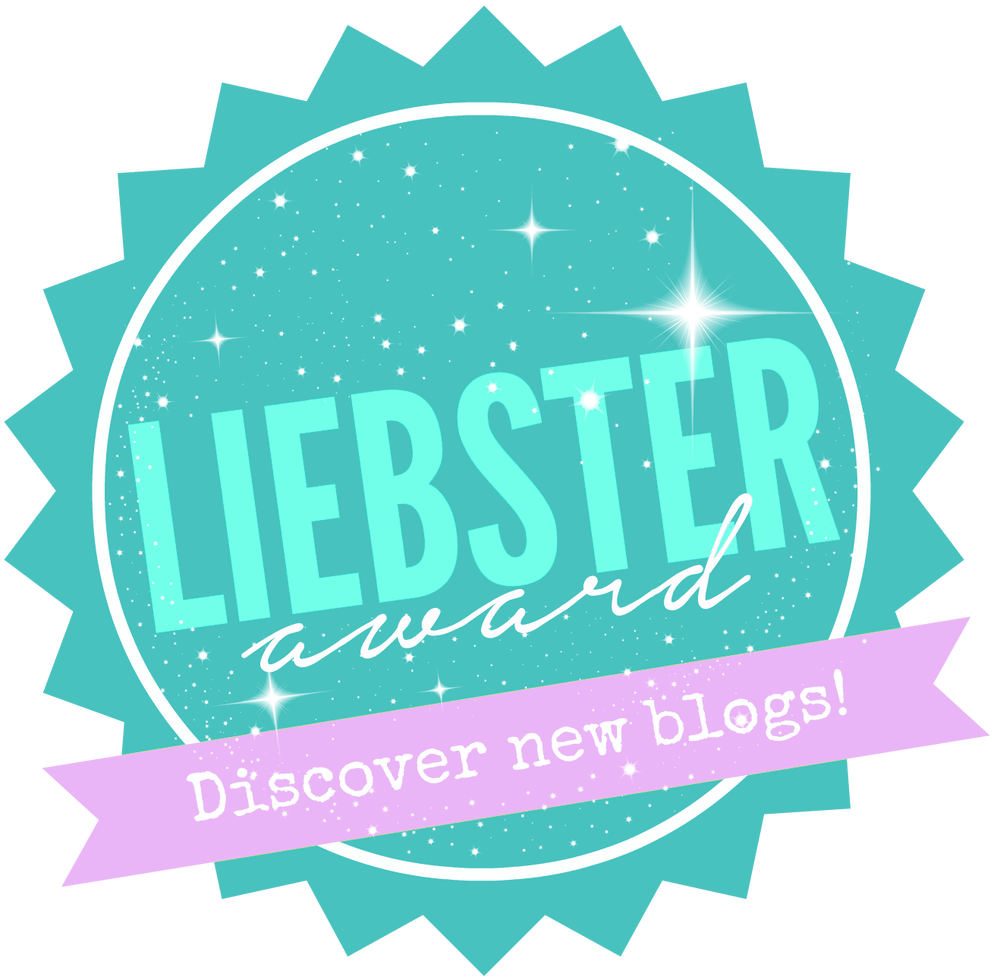 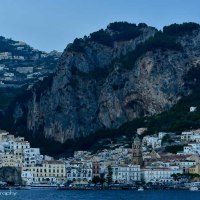 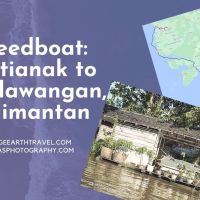 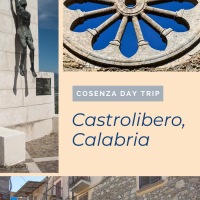 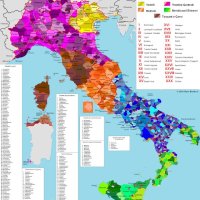 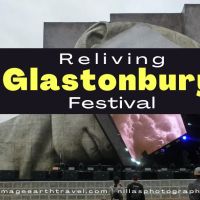 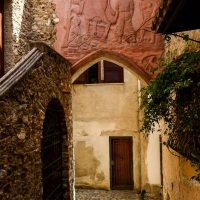