Following a little intrepid island-hopping, it is time to explore Indonesia’s cultural city of Yogyakarta, on the exotic island of Java…

Apologies in advance for the poor-quality scanned 35mm film photos. Negatives and prints are in poor condition, from decades of less than optimal, storage.

After several fabulous days exploring the dizzying manic pace of Jakarta, need to keep travelling, with the island of Java to explore.

On arriving at the train station, discover that the 19:40 overnight train from Jakarta to Yogyakarta leaves at 20:40. Perhaps the scheduled times were lost in translation.

So, after killing 3 hours roaming through the station, the train finally arrives – only 20-minutes late. Unusual for Indonesia in 1998.

Although more expensive, our Executive Class with only slightly reclining seats and not a sleeper cabin on the Kereta train is marginally better than 2nd Class.

A poor-quality evening meal is served, which is included in the ticket’s price, although we need to pay for all drinks, tea, coffee, and even a pillow for the night.

After a rough and uncomfortable, very long restless night with only sporadic fits of sleep, the train slowly rolls into Yogyakarta around 07:00, some 10-hours later. Almost upright is not conducive to sleep. Unlike Jakarta, nothing opens in Yogyakarta until 10:00 am. Book ourselves into the clean Monica Hotel before strolling through the city. (Surprisingly, this hotel is still open in 2021.)

A little on Yogyakarta

Gradually, Yogyakarta wakes from its sleep, coming alive with markets, stalls, and restaurants slowly opening for business. People and goods are moving frantically everywhere as I watch while devouring a tasty breakfast.

Yogyakarta seems to be bursting with tourists, more so than Jakarta.

Locals hassle more in this city. The Becak (cycle rickshaw) drivers are relentless, especially to foreigners.

With that aside, Yogyakarta is known as Indonesia’s cultural centre offering fine art, poetry, classical ballet, music, and Batik craftsmanship to name but a few. Yogyakarta (also Jogja) is not typical of other Indonesian cities as the Sultan of Yogyakarta rules this only royal city in Indonesia.

Having so much to offer the traveller but with limited time, you need to be selective of what to explore while in Yogyakarta.

Stumbling on the bird market only by chance and not something that I avidly look for, explore the market regardless.

The only good aspect of this type of market is the intricate bamboo and fibreglass bird cages on sale. Although very artistic and ornate, I’m not a big fan of caged animals and don’t enjoy seeing many rare exotic species or any birds caged. Not spending much time at the bird market, we venture to the Water Castle.

Built between 1758 and 1765 the purpose of the Taman Sari Water Castle (Umbul Pasiraman) was to appease the Sultan’s desire, of hunting during his free time.

The story is that the Sultan would stand at the tower then throw a rose from the top and the Princess waiting below that caught the rose, would either become his wife or concubine.
In better times the garden was opulent, although these days somewhat neglected. Wandering through the grounds a local guide latches’ on, of course…

…and persuades us to visit the Batik factory close by after the visit to Taman Sari.

Make our way to the Batik factory, but slightly suspicious that a hard-sell is fast approaching.

Although striking, vibrant, and laborious, I resist the temptation to indulge in a piece of Batik textile. Instead, happy to watch how this traditional ancient technique still practised by local artists, unfold.

Dating back to the late 8th-century and built in honour of Mahayana Buddhism, intricately carved from over 2 million pieces of volcanic rock, 75 years completed this masterpiece using a complex interlocking approach.

Around 40-kilometres from Yogyakarta on a public bus, locals warn of pickpockets on these buses.

Borobudur is renown as the largest Buddhist temple in the world. The temple draws a plethora of tourists to Yogyakarta each year.

Majestic Borobudur Temple is incredibly beautiful and serene. A monument earning its place as a UNESCO World Heritage site. And, hailed as ‘one of the most impressive monuments ever created by humans’.

The 56,600 cubic metres of stone includes some 2,500-square metres of detailed stone bas-reliefs.

Although 10 levels in total, 9 stacked platforms form a cylindrical stupa, built to signify the battle between good and evil with the idea of moving darkness into light.

Unlike Angkor Wat in Cambodia, which was built as a city, impressive Borobudur was built as a temple. The Buddha images at the upper terraces called Arupadhatu in Sanskrit means formless space.

Venture on the incredible Pilgrim’s Walk, which is around 5-kilometres long. A path guides you through a combination of narrow stone corridors and stairways.

The three ascending temple levels accommodate rest stops, with time to explore each level between climbing steep stairs, once more.

If you can escape buying something from the glut of aggressive hawkers at each corner of the temple and on every level, then you are doing well.

Surrounded by beauty in ethereal Borobudur Temple that bestows calmness despite tourists, am in awe of this marvellous monument to Buddha.

Reaching the summit, glance over the expansive temple that spreads across the picturesque, fertile volcanic Kedu Plains, known as the Progo River Valley. Four volcanoes flank the plains, west and east, creating a sultry environment on your visit.

From Borobudur, take a Becak ride and head to the Candi Pawon Temple, only a couple of kilometres away.

Compared to Borobudur, Candi Pawon is tiny, simple, and believed to be dedicated to Kuvera – Buddhist God of fortune.

Decide to head to the Mendut Temple only another two kilometres from Candi Pawon.

Suggest visiting the Mendut Temple before Borobudur Temple as Mendut is on a much smaller scale and older than Borobudur.

Mendut temple is located on the same lines as Candi Pawon and Borobudur. Historians believe a symbolic meaning must connect the three temples.

Standing at 3-metres high in Mendut, the commanding celestial statue of Dhyani Buddha peers down at visitors from its comfortable seat.

The annual Vesak Buddhist ritual of walking from Mendut through Candi Pawon and onto Borobudur is observed by Indonesia’s Buddhists, during a full moon in May or June.

Only discovered in 1836 as ruins covered in overgrown vegetation, restoration of Mendut started in 1897, and taking around 25 years to restore.

A couple of amazing full-packed days exploring, eating local delicacies, learning a little on the history of Yogyakarta and Indonesian culture, decide to keep moving.

Leaving Yogyakarta on the Kereta train tomorrow afternoon, which slices across central Java, to Surabaya in the east – we are trying to stay off Indonesia’s dangerous roads. 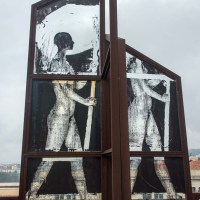 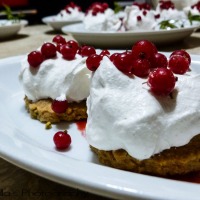