One last time in Pontianak and waiting for the flight out, the day has finally arrived to leave Kalimantan and Indonesia for good.

After 4 months of intrepid and venturous travel in 1998, I have to say it will be good to return home to Australia and no more badgering from touts.

Travelling through Kalimantan for a month, rarely did we meet foreigners so learning a little Bahasa Indonesia for Borneo is crucial.

A quick race around Pontianak city just one more time then head out to the airport to catch a flight to Batam. But of course, always time for one last scam.

After checking in our baggage at the airport, the counter staff asks for more money for the pre-paid flight. Apparently, prices are increasing on the 1st of October and come into effect on the 7th. But, today is only the 28th of September.

Purchasing our tickets a few days ago, no one advised of any price increase, but regardless, it’s not yet October.

Flatly refusing this absurd request and asking for the supervisor, we’re told to return to the city to speak with the General Manager. With only an hour before the flight and my insisting to phone the General Manager, over the phone the GM asks if paying the extra for the tickets in Singapore Dollars or Indonesian Rupiah. Followed by asking whether we can afford to pay! With a resounding no, the GM then asks that I write a letter addressed to him explaining that I can’t afford to pay for the increase. How strange and how not to run an airline but, we are in Indonesia – the land of corruption. Motioned back to the check-in counter, the guy then asked for copies of our passports, taking another 15 minutes and leaving only 20-minutes until take-off. So, we run the gauntlet against time and buy some real (imported) gemstones, before boarding the flight.

Just over an hour’s flight later and the Pontianak airport scam is a remnant of a bad dream, hopefully…

Returning to the Asia Dana Hotel but with a much better room this time away from prying eyes and toilet paper stuffed in keyholes, check out Batam once last time for some perfume bargain hunting.

Last night was the worse night yet in the 4-month Indonesian island-hopping sojourn.

Waking up at around midnight to being under attack and mauled by mosquitoes, turn on the light only to discover bed bugs crawling all over the mattress and our bodies!

Phoning reception, the manager enters our room armed with a massive can of poisonous spray – obviously, he knows the drill. Then, moves us to an even dirtier room, at least this one is sans bed bugs. Who can sleep after being eaten alive by bed bugs and feeling as though they’re still crawling all over your body sucking at your flesh for blood? The humidity makes the itchiness worse and massive welts cover my skin, which looks as though I have the plague – embarrassing – more Antihistamines.

The horrible night gives way to a morning argument with the hotel’s manager because he expects full payment for the room. Leaving in disgust, we head for the Batam Centre Point International Ferry Terminal, but not before the thought of haggling with yet another Indonesian taxi driver. Surprisingly, the driver is decent for once and identifies as being Batak (Austronesian ethnic group) – maybe this group accepts foreigners?

Breezing through Customs and Immigration, board the clean carpeted ferry. Sinking into comfortable seats, finally, we’re bound for Singapore and civilisation.

The 70-minute journey is a pleasant trip without any issues, which is a relief.

Heading for our old haunt in Bencoolen Street, Central Singapore and the basic Peony Mansion set of hostels – all similar in price and offerings, it’s only a matter of picking one for a couple of nights. Once the European quarter during colonial times in Singapore, in 1998, loads of hostels and cheaper accommodation can be found along this street.

Always time for one last shop in Singapore and this time it’s for a 12-volt sound system and TV for our home (sailboat) in Brisbane.

It doesn’t take long before discovering how crooked Singaporean salesmen are and after two days of looking, decide to buy back in Australia. Salesmen like customers to buy on the spot. If you return to buy in an hour after shopping around, they increase the price by SGD$100 for the same item. Then, argue that a price wasn’t mentioned an hour ago – frustrating, maddening, and stressful but all salesmen have this exact same strategy.

Decide to give up on shopping and instead, catch up with friends that are working and living in Singapore in a luxurious company-paid apartment, nothing like the accommodation we endured for the past 4 months in Indonesia.

Another sleepless night, one of many during the last four months. But, this time it’s sleepless on the flight until finally arriving in bustling Sydney.

Made to wait on the tarmac for half an hour, due to construction work, our bags take another half-hour to be offloaded.

With so many strange things to declare, Customs decide it requires two officers to go through our bags, taking another half-hour. Kindly picked up from Sydney airport, everything looks so clean and tidy on the drive north-west of Sydney. No potholes and only a smooth road – bliss. This is home for a few days before driving up to Brisbane and our home Naiad (sailboat).

In Brisbane for only a couple of weeks, it feels strange to be back and as though we never left Australia. How quickly and easily it is to settle back into the groove of everyday life. Although, after having eight rolls of negatives badly scratched during processing by Statewide Photos, my wallet stolen with everything in it, losing a solar panel and stainless lid from our BBQ in a bad storm, the week hasn’t been too kind. I’m starting to think twice about why we returned, although it’s great having the creature comforts of our own home once more.

The Indonesian Archipelago is so much cheaper to live in than Australia but the corruption is what stifles the country and makes living there so tricky. As is the extreme poverty in many areas and the divisive disparity of wealth that only breeds contempt and unrest in the country. This makes you realise how very spoilt and lucky we are in Australia – wouldn’t live anywhere else…well not forever anyway. 😉

53 thoughts on “Goodbye Kalimantan and Indonesia” 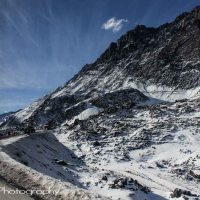