A profusion of fabulous festivals awaits when visiting the city of Cosenza, in Italy’s beautiful southern region of Calabria…

Why not? Who doesn’t love a good festival? A gathering of locals to have fun, enjoy, and celebrate just about anything? Who needs an excuse? Italians certainly don’t…

Each year Cosenza and its surrounding cities, villages, and towns host a plethora of festivals. Whether for Saint’s Day, a public holiday, or celebrating seasonal crops (and there are many to celebrate), it’s an excuse really to have a party, fun, and frivolity.

At any one time, you can head out to wine, chestnut, chocolate, potato, bread, pork, or other festivals for loads of delicious authentic food, but also to absorb the Italian culture.

Moving from one culinary artisan vendor to another until you’ve eaten your own body weight in Italian indulgences, is a must. And, if this isn’t enough to entice you to Calabria, then enjoy loads of amazing art, music, and street festivals thrown in for good measure, but I’m sure I’ve missed a few in this post. All this is offered for free, so why wouldn’t anyone make the effort?

Actually, Calabria hosts so many festivals, that I’ll probably dedicate another post on festivals in Cosenza as this city really does hold loads, but for now, these are a few of the must-experience festivals. So, onto the festivals that you need to check out during your visit to Cosenza and Calabria’s region…

Remember, every town, village, and city in Italy has a patron saint, as does just about every name – although, I haven’t heard one for my name yet.

Fiera di S.Giuseppe spans many streets in Cosenza. Starting at the base of Cosenza’s Old Town and weaving its way up to the end of Corso G. Mancini, roads are closed off to vehicles and both sides are bursting with intriguing stalls. The festival is probably a couple of kilometres long.

Festa del Cioccolato (Chocolate Festival) held at the end of October each year is my absolute favourite festival of all time in Cosenza. You cannot miss this one.

This festival is especially for all you chocoholics out there as the four days of tasting incredible chocolate delights are absolutely divine. Watch chocolatiers at their craft creating chocolate art, sublime cake making at its best, and sample the heavenly morsels. If you haven’t eaten enough chocolate, then you can always buy loads to take home, as I always do…

I’ve published a couple of longer posts just on this chocolate festival and this is one that I’m sharing with you that includes more enticing photos: Cosenza’s Divine Chocolate Festival.

Held each year in May, the Festival delle Candele (Festival of Candles) in Consenza’s Centro Storico (Historic Centre or Old Town), is in the charming medieval Norman-Swabian Castle. The castle is illuminated by over 5,000 magical candles.

No other lighting but candlelight turns the castle into an otherworldy venue.

The festival’s inception was back in 2017 and Piano B – Event Project Management organises this dreamy gathering, with artistic and cultural events, but of course, there’s always food – this is Italy after all.

Not only is the castle adorned with thousands of candles, but also hosts a couple of live mesmerising fire shows…

…and gymnastic acrobatics keep audiences enthralled while hanging from thin wires and hoops.

The spectacular but surreal event is attended by many Cosentini and locals from the region. Read a longer post with many more stunning photos: 5,000 Magical Candles Illuminate Cosenza’s Medieval Castle.

The unusual “Invasion” festival in July 2018 lasted three days and is a festival that invaded almost every cobbled laneway bringing to life, Cosenza’s historic centre. By far, one of my favourite festivals.

Due to COVID, I’m not sure whether this festival still exists. Wandering through ancient alleyways, you bump into fires shows, juggling, aerial acrobatics, clowns, miming, performers on stilts, living statues, magic, arts and craft shows…

…and street musicians, which are just some of the activities offered during the interactive Festival delle Invasioni.

Free for all, this festival draws large inquisitive crowds each night.

Stroll from piazza to piazza and enjoy this unmissable festival that invades every alleyway and piazza in the historic centre, while welcoming summer.

The tent oozes a subdued darkened sombre ambience and is dotted with disturbing circus images and sculptures.

A short video of an amazing improvised and synchronised pianist with a festival performer.

Northern regions of Italy are much more traversed and renowned with tourists than the south, but this is what makes Cosenza so appealing.

The advantage of this city of around 70,000 inhabitants not being on the tourist radar is that you’re not swamped or elbowing tourists out of the way to take a photo at an important sight. Instead, enjoy fabulous experiences sans tourists and with locals for an authentic experience. I’ve published over 80 posts on Italy of which the majority involve Calabria as there really is so much to see in this alluring historical Italian region.

So, where is Cosenza?

Calabria lies snugly between the Tyrrhenian and Ionian Seas – a gorgeous part of the Mediterranean Sea. And, Cosenza is one of the cities gracing Calabria.

Famed as one of the older academies of philosophical and literary studies in Italy and Europe, this cultural hub boasts libraries, theatres, countless monuments, museums, and libraries.

This post is just a small savoury taste of the wonderful festivals held in Cosenza. I have much more to share with you because I love that Calabria hosts so many festivals. It feels as though any excuse is used to hold a festival, exhibition, or party – and why not? Life is too short.

Tgevents Television‘s interview with Lorenzo Mastroianni, the creator of the unique travelling art and photographic theatre, the Blink Circus. 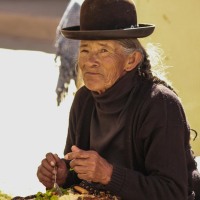